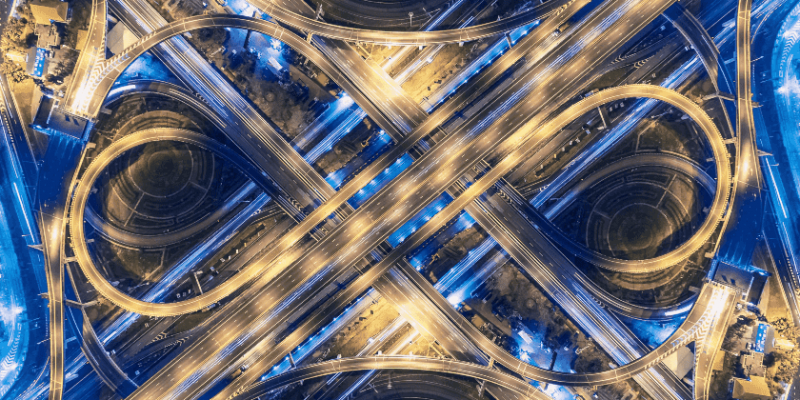 The TaaS disruption will have enormous implications across the transportation and oil industries, decimating entire portions of their value chains, causing oil demand and prices to plummet, and destroying trillions of dollars in investor value…

Accordingly to an evaluation made in 2017 by RethinkX, an independent think tank, about data on the market consumer, and regulatory dynamics that work together to drive disruption, we are on the cusp of one of the fastest, most profound, most consequential transportation disruptions in history. It is reported after the Pandemic Period, this trends not also have remained, but they have accelerated in 2019-2020.

By 2030, within 10 years of regulatory approval of autonomous vehicles (A.V.s), 95% of U.S. passenger miles traveled will be served by on-demand autonomous electric vehicles owned by fleets, not individuals, in a new business model we call “transport as-a-service” (TaaS).

The disruption will be driven by economics. It is highly important to model the impact on our mexican economy linked to the betting we are doing not only in non renewavel energy but also in the energy strategy we are following as a country. 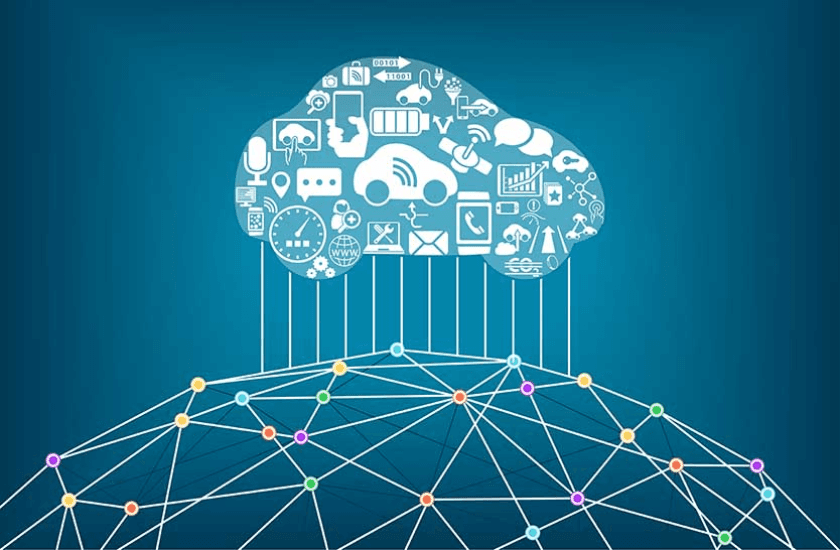 1. The end of individual car ownership

By 2030, most of all U.S. passenger miles will be served by TaaS providers who will own and operate fleets of autonomous electric vehicles providing passengers with higher levels of service, faster rides, and vastly increased safety at a cost up to 10 times cheaper than today’s individually owned (I.O.) vehicles. These fleets will include a wide variety of vehicle types, sizes, and configurations that meet every kind of consumer need, from driving children to hauling equipment.

a) It’s all about the economics

The analysis showed that the cost of TaaS would fall to such an extent that owners of vehicles will abandon their individually owned vehicles at a speed and scale that mainstream analysts have failed to predict. This is because they have failed to foresee the extent of the cost reduction and its impact on the adoption speed. Mainstream scenarios generally focus on new car sales, with Internal Combustion Engine (ICE) vehicles gradually being replaced by electric vehicles (Evs). Not on the entire fleet of vehicles being disrupted and stranded.

All TaaS vehicles will be autonomous (A.V.s) based on E.V. technology (A-EVs). Some vehicles are driven by themselves and offer both far lower cost and better service (utility). TaaS will be available on-demand and offer faster travel times and the ability to do other things during a journey. In addition, these vehicles will have order-of-magnitude higher asset utilization, leading to a far lower cost-per-mile than individually owned vehicles.

The cost differential between car ownership and TaaS will override all other factors that affect consumer choice and ensure that TaaS will be adopted wherever and whenever it is available. Therefore, the hypothesis for consumer adoption of new technology is comprised of three elements:

* The more significant the improvement in cost or utility;
* The more weight that factor plays in the decision relative to other factors; and
* The scale of the cost savings concerning disposable income is essential. 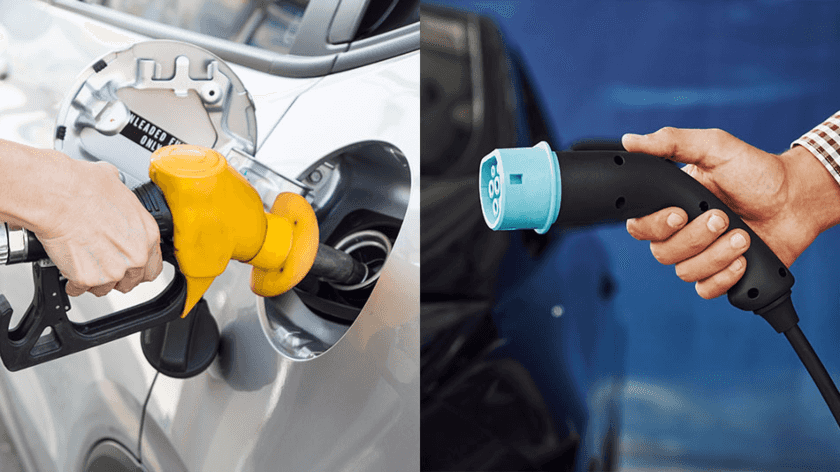 b) The costs of TaaS

On the other hand, related to the free transport, TaaS Pool will be cheaper and more convenient than most forms of public transportation. This will not only blur the distinction between public and private transportation but will also most likely lead to a virtual merger between them. In addition, the RethinkX study expects that TaaS vehicles will be primarily differentiated by size, with two, four or eight seaters and up to 20, or even 40 seaters in the TaaS Pool market. As a result, there is potential for the cost to the user to be substantially lowered.

The exponential nature of adoption is driven, in large part, by the effects of interacting systems dynamics, including a range of feedback loops, market forces, and network effects. It cannot be assumed that technology costs drop and adoption increases while “all else remains equal.” As adoption progresses, specific tipping points are reached where these dynamics affect the cost or utility of competing technologies, leading to an increasingly competitive TaaS marketplace.

d) The speed and extent of adoption

The study considerate the adoption unfolding over five periods in the timeline:

*Phase 0 pre-approval. In this period, Pre-TaaS (ride-hailing) companies gain critical masses of passengers and users in major cities around the world.

*Disruption point. Regulators grant widespread approval of autonomous vehicle use on public roads; the study estimated it as 2021. 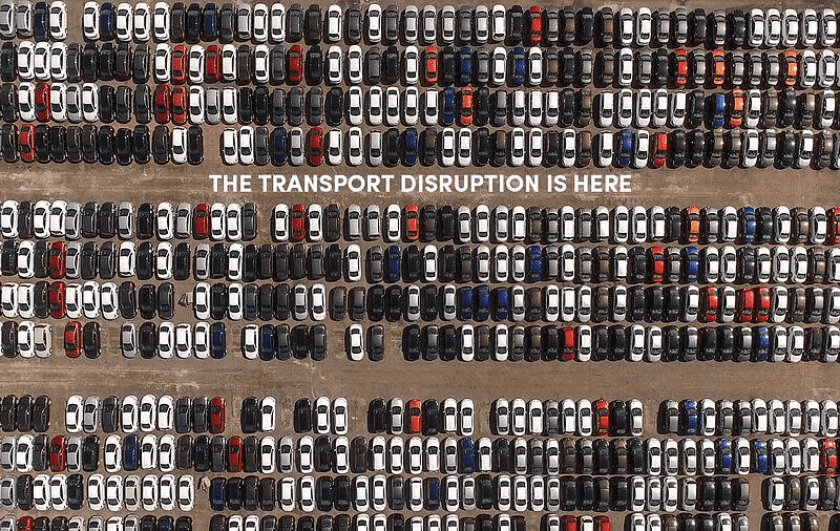 The research and modeling indicated that the $10 trillion annual revenues in the existing vehicle and oil supply chains would shrink dramatically because of the TaaS disruption. Thus, the outlook for the future of oil supply chains is universally bleak, with adverse effects for all industry players. However, these negative effects will be disproportionally distributed across countries, companies, and oil fields, depending on the cost of production.

a). Disruption of the passenger vehicle value chain

The TaaS disruption will bring new metrics. Transportation companies that organize their resources around these key metrics will be best positioned for success, while those that ignore these new metrics will do so at their peril. From the date at which the adoption of TaaS begins (the 2021 disruption point according to the model realized in 2017), the critical unit of measurement will be miles traveled, with four variants as the key indicators: passenger miles, vehicle miles, dollar cost-per-mile and dollar revenues per mile.

While the commoditization of road passenger travel will drive down hardware margins and volumes, there will also be new opportunities to create higher-margin businesses in operating systems. TaaS platforms and services, and additional revenue streams, spurred by new business models built upon these platforms. These are vehicle operating systems, TaaS platforms as a large and growing market opportunity, entertainment, work, and other opportunities for transportation. 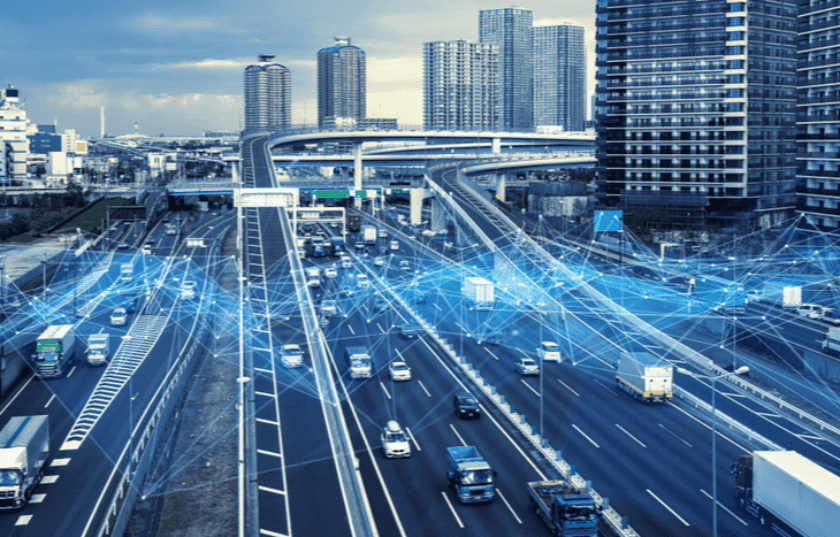 b). Disruption of oil

The TaaS disruption poses existential threats to the oil industry. The referred survey found that the market has not fully recognized the implications of the TaaS disruption on the oil industry. Current valuations of listed oil companies imply that stockholders are still basing their spreadsheet scenarios on continuing the individual ownership model, forecasting growth in revenues and cash flow for decades to come.

There are three critical components of disruption along the oil value chain:

*Price collapse. Low oil prices will affect the entire supply chain and drive out expensive producers from the upstream sector.

*Volume collapse. Certain high-cost countries, companies, and fields will see their oil production entirely wiped out in this demand scenario.

*Composition disruption. The dramatic changes in the composition of the demand for refined petroleum products will be another disruptive factor in the oil supply chain.

Figure 1 shows the volume of oil that will be uncommercial under the transportation disruption model across the top 20 countries globally in terms of potential oil production in 2030. Again, U.S. producers will be hit the hardest by the volume effect, as almost 15 million BPD of U.S. oil –or 58% – will become uncommercial to produce at $25.4 cash cost. Likewise, more than half of oil production in Canada, Brazil, Mexico, Angola, and the U.K. will be stranded. 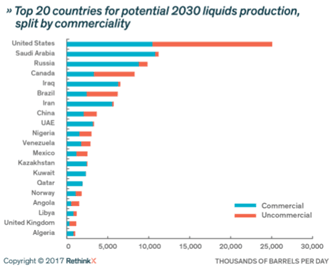 Infrastructure associated with fields that are primarily uncommercial will be heavily impacted. Keystone XL Pipeline’s key insights would be stranded, as costly projects will be stranded in the Canadian tar sands. TransCanada designs the Keystone XL to carry Canadian tar sands to the Gulf of Mexico for processing at refineries and export to the international oil markets. Under this model, both the Keystone XL Pipeline and oil sand refineries in the Gulf of Mexico will be financially unviable.

Oil companies and companies throughout the oil supply chain have little room to maneuver as oil demand drops, with few strategies open to them, given the speed of the disruption.

Implications. Planning for the future of transportation

The critical findings observed in this survey are:

*Increased GDP. Due to productivity gains of $1 trillion.

*Driving jobs. Will be lost because of TaaS, resulting in aggregate income losses of up to $200 billion.

*New industry. The multi-trillion-dollar TaaS industry will create wealth comparable to or larger than that generated by the personal computer, internet, or mobile telephony booms.

Policymakers will face multiple moments when their decisions will either accelerate or slow down the transition to TaaS. They could either enable technology innovation leadership and accelerate the speed of transition or resist the disruption and lock into high-cost transport infrastructure.

This research aims to start a conversation and focus decision-makers attention on the scale, speed, and impact of the impending disruption in the transportation and oil sectors. Using TaaS, the average American family will save more than $5,600 per year in transportation costs, equivalent to a wage rise of 10%. This will keep an additional $1 trillion per year in Americans’ pockets by 2030, potentially generating the most significant infusion of consumer spending in history. In Mexico, the disruption may arrive later, timing is of essence since our political policy may be going currently in the opposite way. 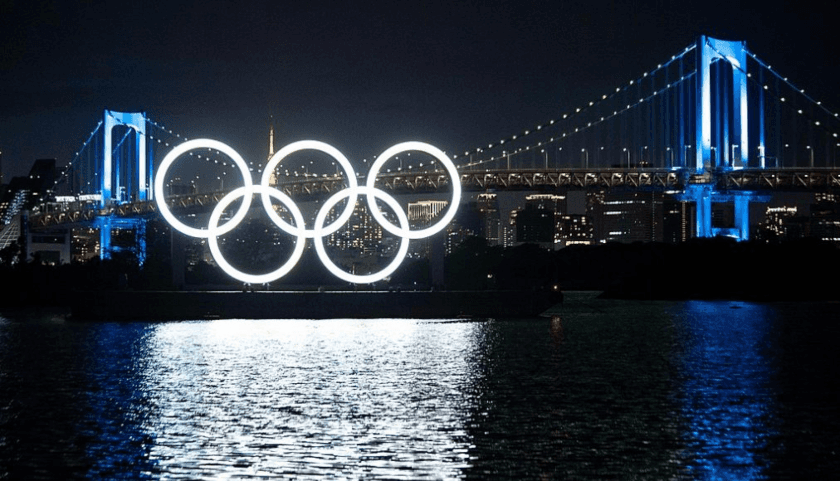 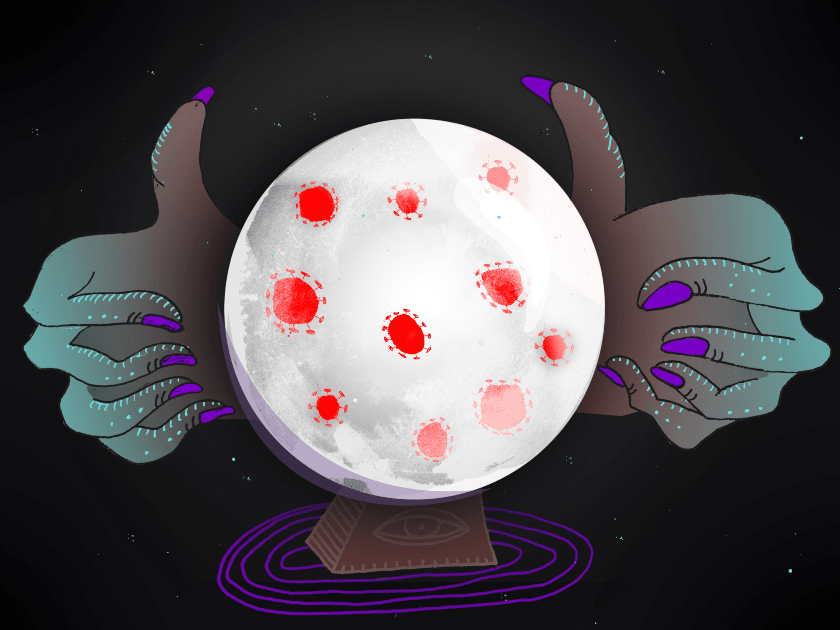 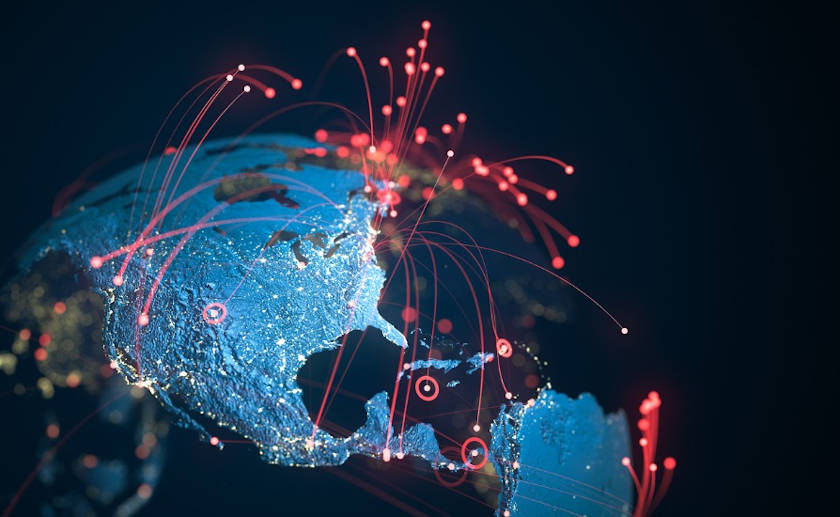 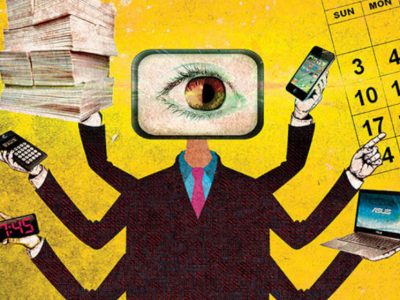 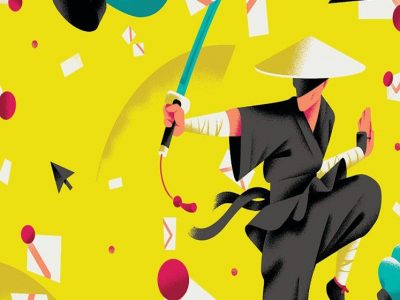 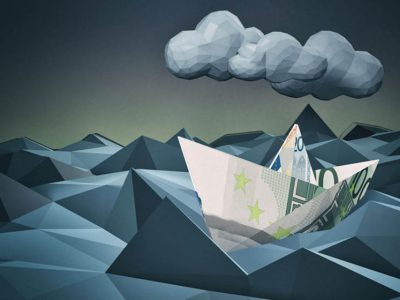 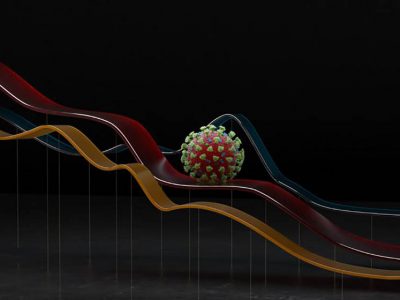